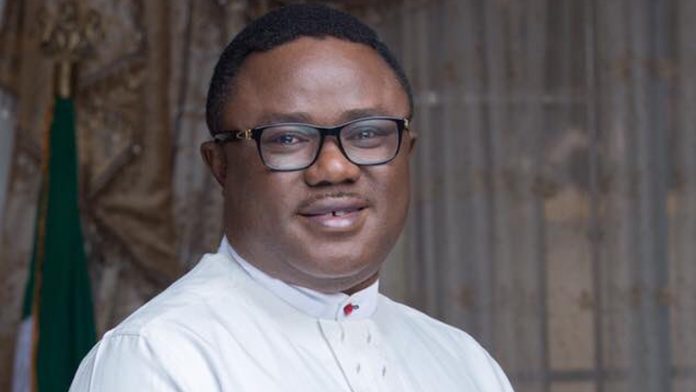 Cross River State Government is blazing the trail with a Slovak firm, Sirieco Company Limited, to establish an electric car assembling plant in the state.

The Chief Executive Officer (CEO), Sirieco Company, Mr. Groidis Peter, disclosed this Tuesday when he led his team on an inspection tour of the Ayade Industrial Park, in Calabar, adding that the company also plans to set up a factory for the manufacture of energy-saving bulbs in the state.

To reduce over-reliance on fossil-fuel as well as protect the environment, countries of the world are looking toward alternative eco-friendly fuels to power vehicles.

Already, some countries including the UK, France, Norway, The Netherlands, Germany, and India, have set deadlines for the phasing out of conventional fuel vehicles.

Besides, HybridCars.com identified China as the world leader in the use of electric cars with over 2 million in motion, followed by the United States with over 1 million, Norway, where it controls over 39 per cent of the market, then Japan, United Kingdom, France, Germany and The Netherlands.

Other countries like Austria, Denmark, Ireland, Japan, Portugal, Korea and Spain, according to the International Energy Agency (IEA), have also set official targets for electric car sales, adding that although the U.S. has no federal policy on this yet, but at least eight states have set out goals.

Accordingly, electric car use by country varies worldwide, as the adoption of plug-in electric vehicles is affected by consumer demand, market prices and government incentives.

To this end, Governor Ben Ayade told journalists shortly after a tour of the Industrial Park with the investors that: “We brought them here to make a choice of a location, because we are giving them free land and also guaranteeing them three years tax exemption. We also guarantee them that once the production line is up and running, we will purchase at least 10,000 lamps per annum, which I think is enough to catalyse and energise them to commence work on site as soon as possible.

“We have also offered to build on order, their factory plant at no cost to them as an incentive to ensure that they settle in properly. Once we achieve this, young Cross Riverians will gradually start having the anticipated technology transfer.”

Earlier, Team leader, Peter said: “after a useful deliberation with the Governor and tour of some of the projects here in this Industrial Park, I am glad to announce to you, gentlemen that we will love to build a strong working relationship with the Cross River State Government. This will culminate in the building of a hub that will be second to none in Africa.

“We are starting with Eco-Cars; electric cars and we hope to set up the car assembling plant here in this park. We are also building a factory for the manufacturing of long lasting street lamps.”

Ayade had also explained that “the Ayade Industrial Park has 42 plots of land ready for any serious investor, who is willing to create jobs for at least 50 Cross Riverians from its investment outlay. We are also offering free land, tax exemption, and providing the necessary utility support services including free Wi-Fi.”

He said further that “the team we just received has expressed its readiness with the speed of light to commence the installation of an electric car assembling plant, and in addition, set up a modern street light bulb manufacturing plant with minimum of 18watt and above for our streets, using the latest technology that has a better temperature control system and 22 years life span solar systems.”

Offering more insight into the new technology, the Governor explained: “The new solar bulb will not suffer the deposition burden that characterises the existing technology we currently have and that it will have no attenuation of its lighting on the basis of long use occasioned by high temperature in Nigeria.

“So, all the limitations of the existing systems using solar energy have been addressed by this latest technology, which is why we are excited that this is coming at this time when we are still battling to fix the energy needs of the state.”