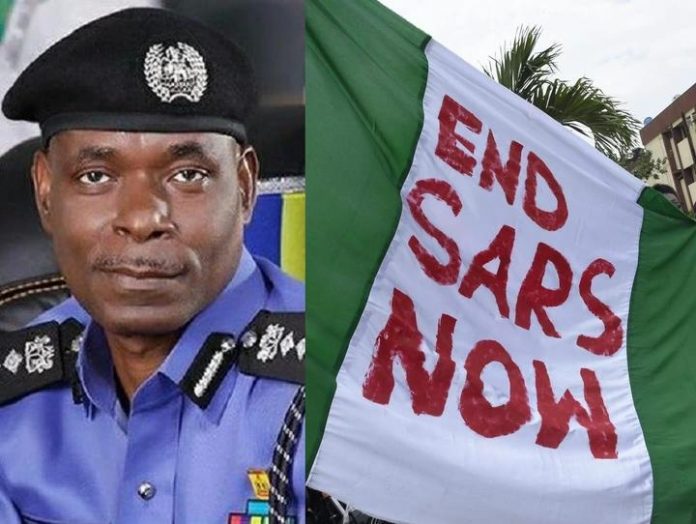 Adamu Mohammed, the Inspector General of Police, has said that Nigerian youths who took part in the #EndSARS Protest want to join the Police Force.

The #EndSARS Protest happened in October last year, which featured youths of different extractions storming the streets across major cities in demonstration against the defunct Special Anti-Robbery Squad (SARS).

Mohammed Adamu who spoke on Channels TV news recently, said that the same youths have indicated their interest in enrolling at the Force,  EKO HOT BLOG gathered.

A lot of them will come to us, and tell us, please, we like to enroll at the Nigerian police, because the work done by the police is a work of God.

However, the IGP noted that police officers in the NPF don’t possess the needed logistics to perform.