by Samuel David
in Entertainment, News

According to Drake, Kim really “wasn’t his type.” Drake claimed in the track that he had relations with Kanye’s wife – just to get revenge against Kanye, who he’s been feuding with.

Drake’s allegations came on a new track with French Montana that is scheduled to be released on Drake’s upcoming album later this summer. 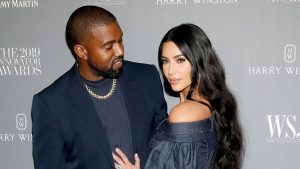 On the new song Drake talked about beef with “a rapper” who is obviously Kanye. Drake also said  “f**k a rappers wife she ain’t even my type but I’ll make a sacrifice”

Drake and Kanye have been low key beefing for the last couple of years – off and on.

So far neither Kanye nor Kim Kardashian have responded to the track.