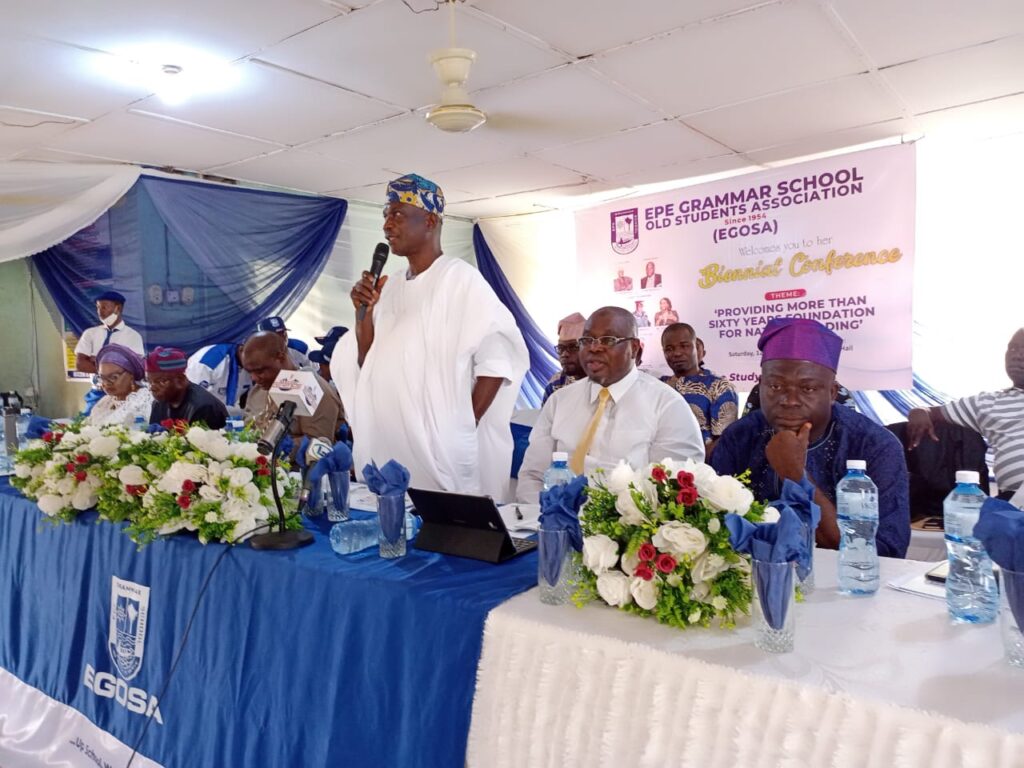 The excited members of the first post-primary academic institution in the Epe Division, which was birthed over 68 years ago, were all shades of applause, gratitude and commendation towards the incredible founding fathers of the pioneer citadel of learning who made it an avenue to contribute towards nation-building.

In his welcome address, the Chairman of the conference, Mr Sanuth Jafar, applauded the spirited efforts of the Lagos State Government as regard efforts towards the continuous upgrade of the school.

However, Mr Sanuth bemoaned the worrying present state of the citadel of learning despite the e-facilities, in sharp contrast to what was obtainable in the past in terms of efficient Physics, Chemistry, Biology and language laboratories, well-equipped library, well-ventilated and equipped classrooms and spacious hostels.

The Old Students, he said, has a big gap to fill in terms of intervention.

In his opening remarks, the Chairman of the occasion, Chief Teni Zacchaeus, underscored the inevitable implication of educational institutions, a microcosm for human growth and development in politics, economics, civil and social rights.

While he averred that education shouldn’t only focus on academic content and skills, he also noted that the sense of shared identity, duty and loyalty to the community, the love of country and resilience in overcoming difficulties and as well the spirit of excellence must also be taught in schools.

Chief Zacchaeus was emphatic on the tremendous roles of Epe Grammar school, which he said has been a vanguard in promoting education for nation-building, improving the social, economic and moral fabric of society by providing well-grounded and disciplined young men and women who will ensure the moral decadence being experienced becomes a thing of the past.

On his part, General Adekunle Martins, Rtd., applauded his generation for a job well-done, stating that between 1960-2020, the population explosion experienced in the country from 53 to over 200 million was such a monumental change which the country struggled with amidst dwindling resources which didn’t circulate.

He however charged the students of the school to work hard, care for their health, exercise adequately, socialise responsibly and strive to keep the flag flying to impact society.

The National President of the Association, Barrister Rasaq Oladeji, in his address, discussed briefly the need analysis and presentation of star projects which was copiously captured in the conference booklet. He, therefore, appealed to members to donate generously to execute the emergent needs of the school.

On her part, the former Principal of the school and retired Tutor-General/Permanent Secretary, Chief Mrs Iyabo Osifeso, harped on the need to support government efforts to improve education whilst appealing to students to endeavour to succeed to return and give back to others.

Alhaji Saliu Alde Okulu, the EGOSA National President between 2016-2020, hailed his forebears for putting the association on the right footing. He, therefore, applauded his successor for keeping the flag afloat and urged him to take the association to the next level.

While the programme featured a lecture by the Guest Speaker, a former Speaker of the Lagos State House of Assembly, Rt. Hon Adeyemi Ikuforiji,  an array of entertaining and thrilling cultural dance performances was displayed by both the Senior and Junior School students while participants were treated to an array of sumptuous local cuisines.

The programme further witnessed the unveiling of the Board of Honour which comprise school principals from 1954 till date and also past awardees from 2014 till date.

The 1971-75 set, led by Barrister Fatai Akodu, announced to the gathering the unveiling of the school’s website at www.epegramms.com.ng While he implored the students of the school and the entire gathering to post useful content to the website, he disclosed that it will be managed by the Old Students Association.

This online media platform reports that outstanding members such as Mrs Titilayo Shitta-Bey, Mr Fatai Bakare, Otunba Bola Odebiyi and Hon Wale Raji were presented with awards of excellence, and also academically exceptional students were presented with certificates and cash.

Earlier, distinguished members of the association reinvented the fruit orchard, a significant legacy of the school, by planting coconut seedlings around the school hall.

See more photos for the event: 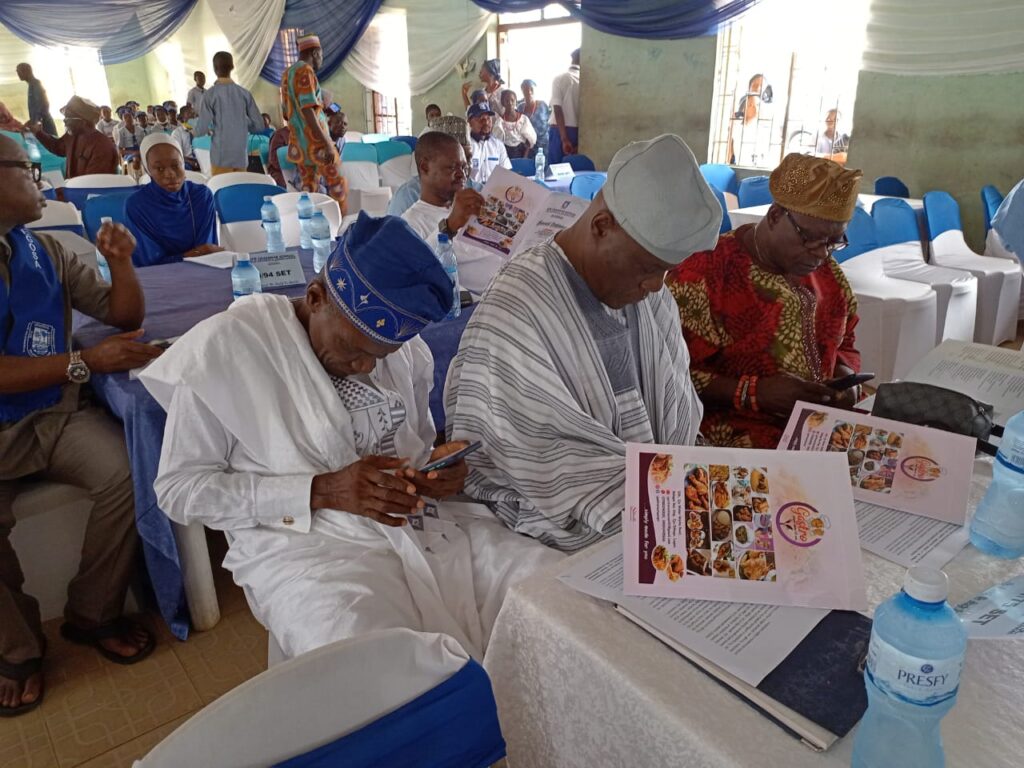 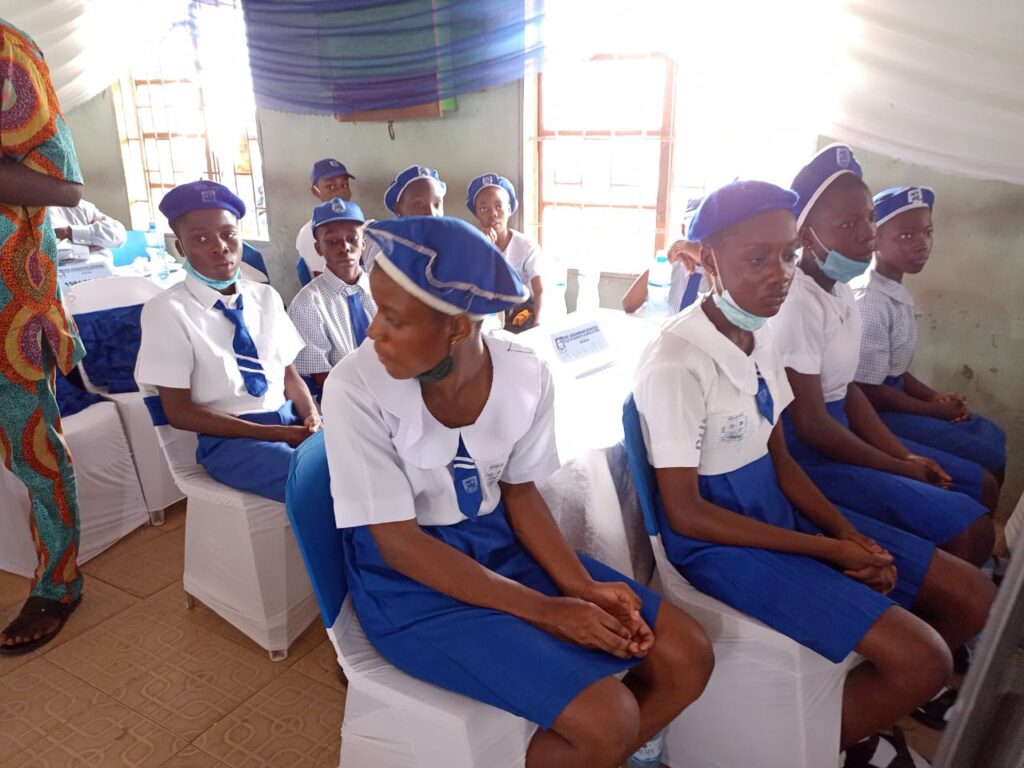 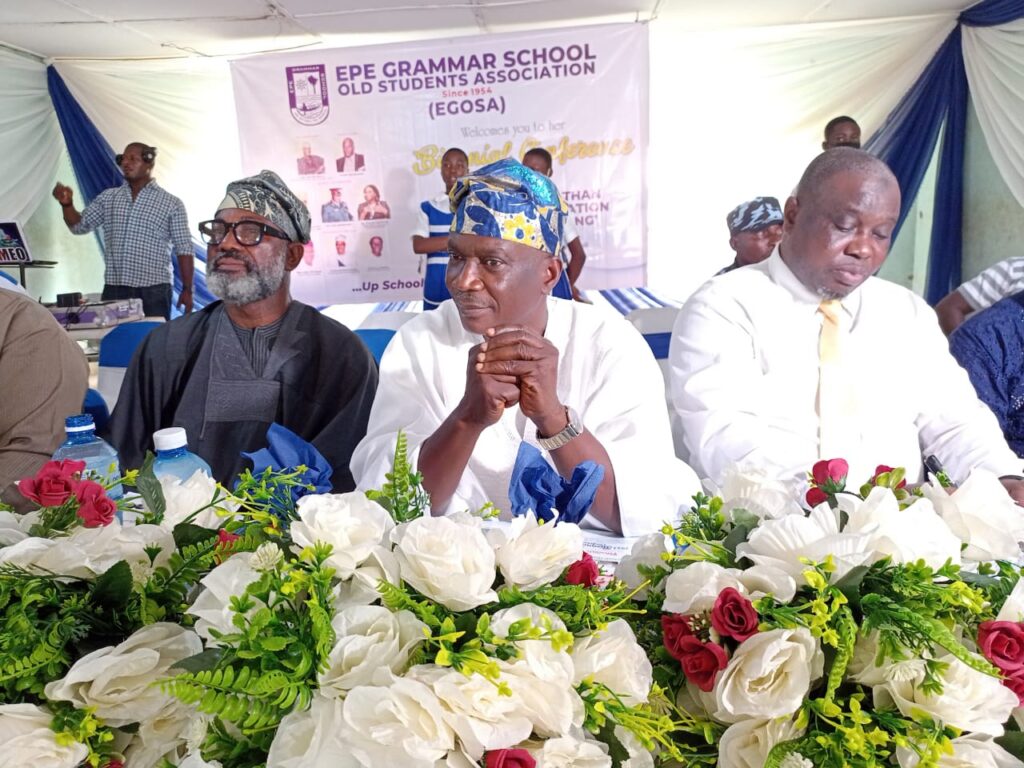 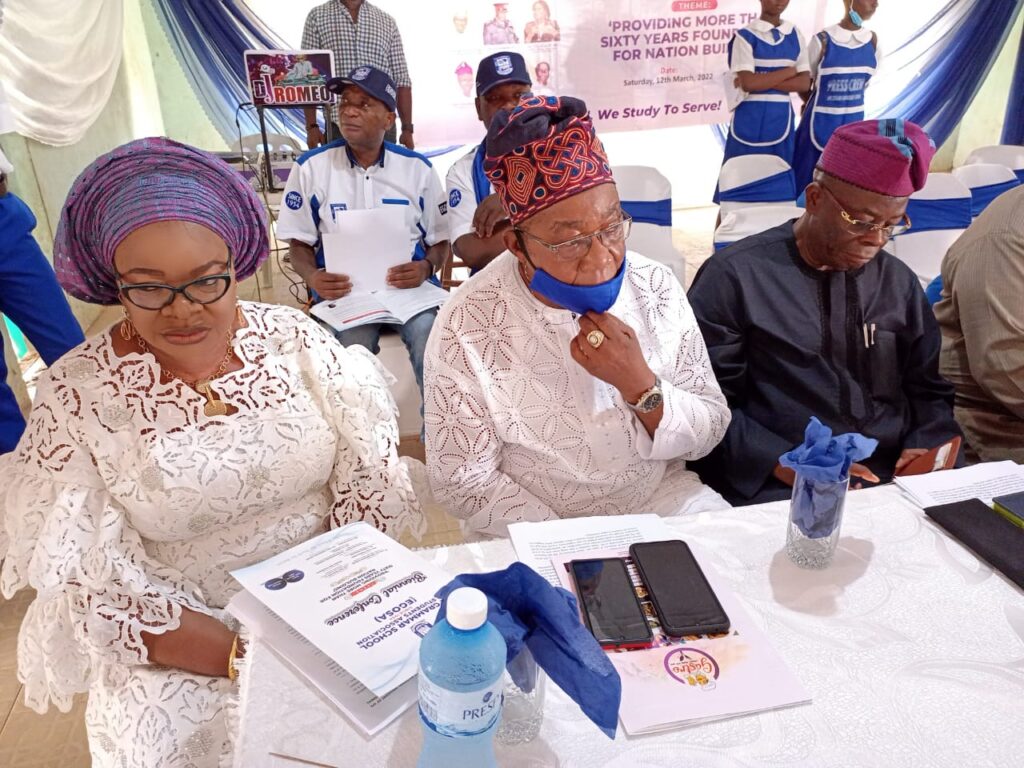 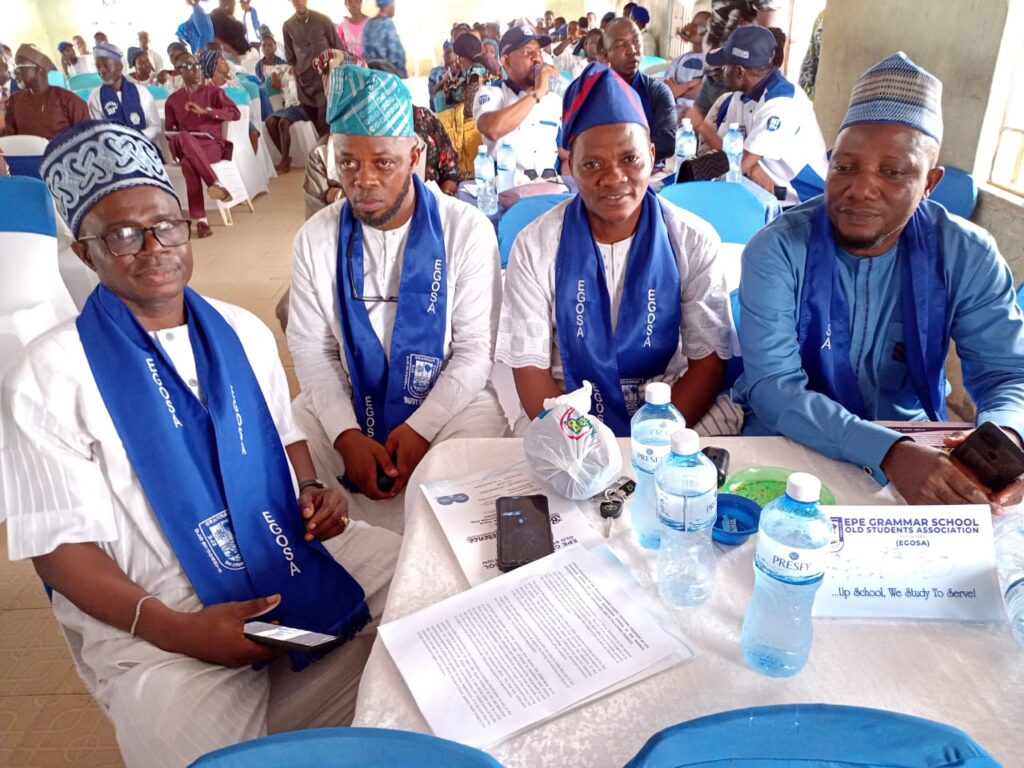 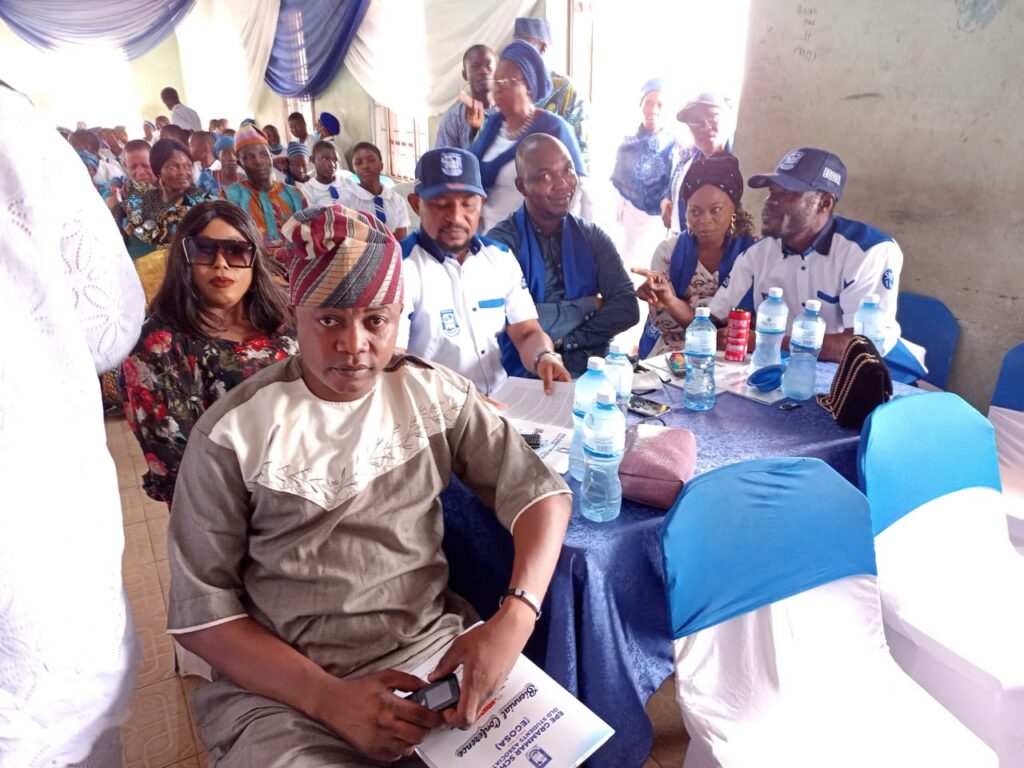 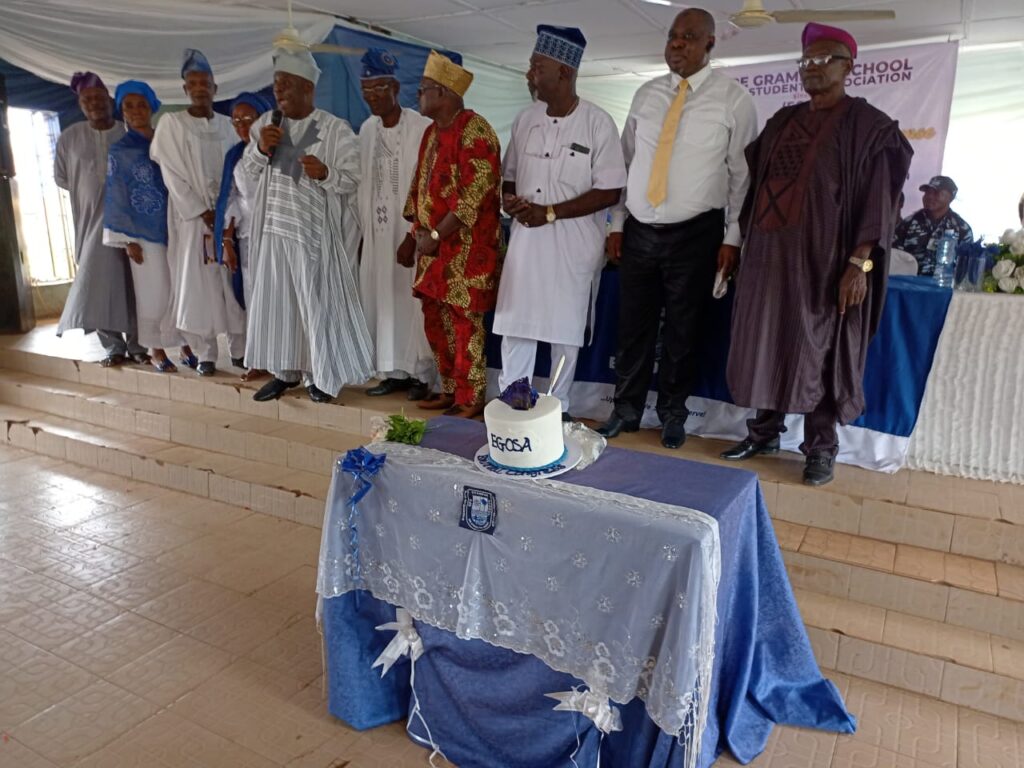 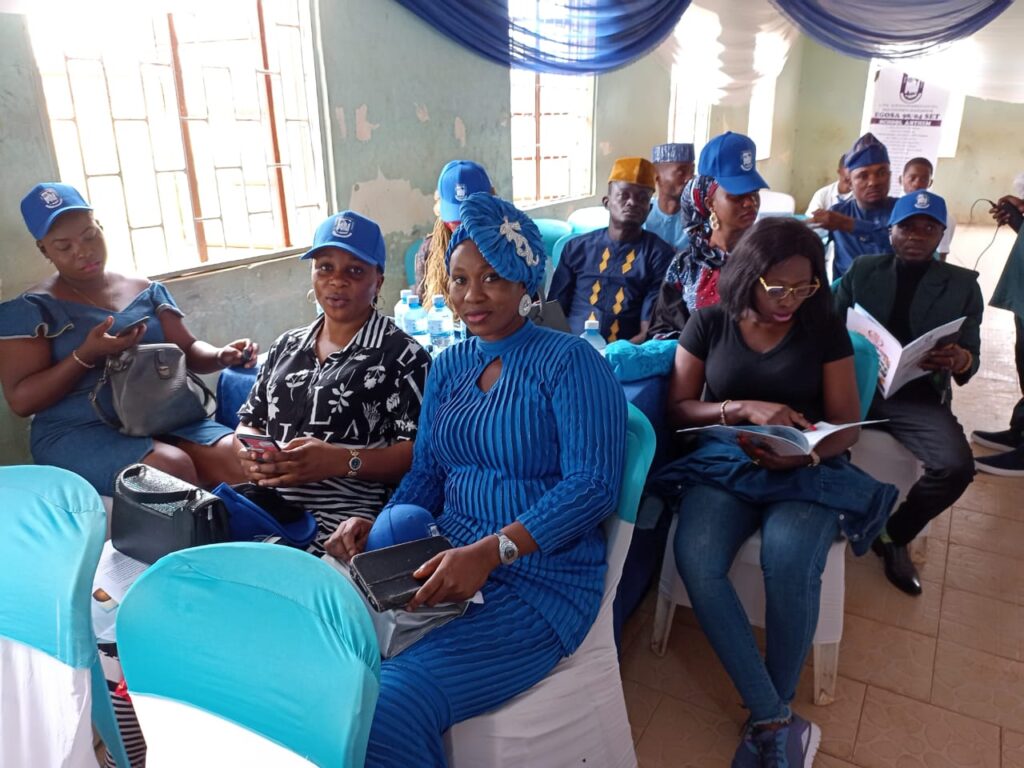 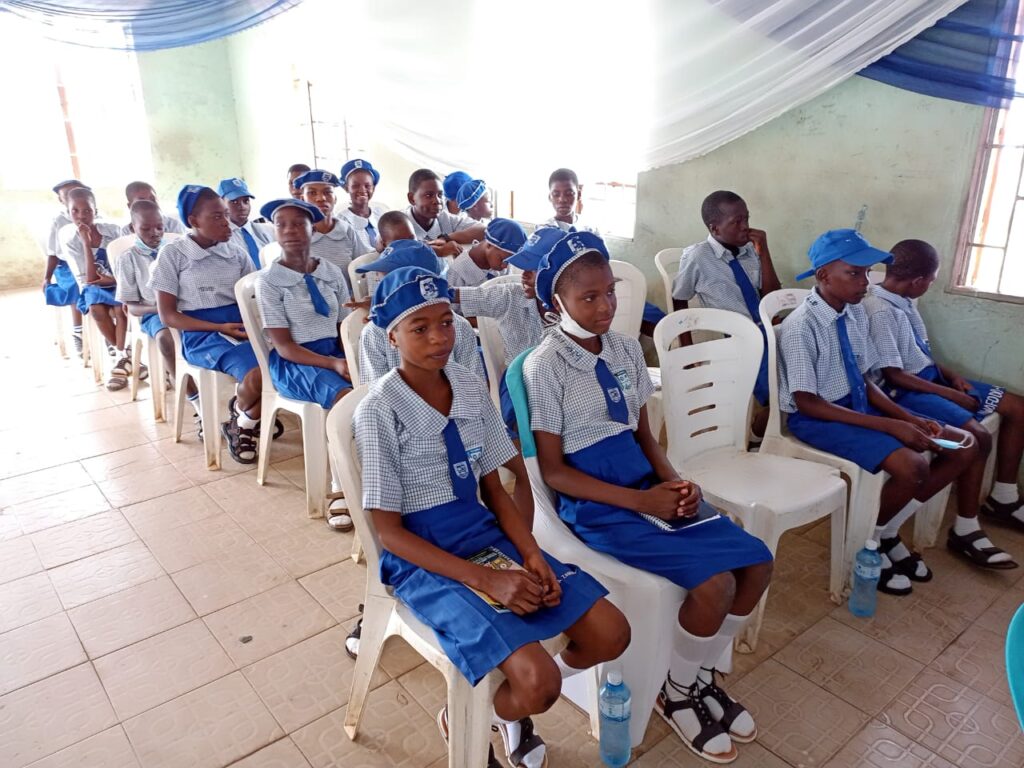 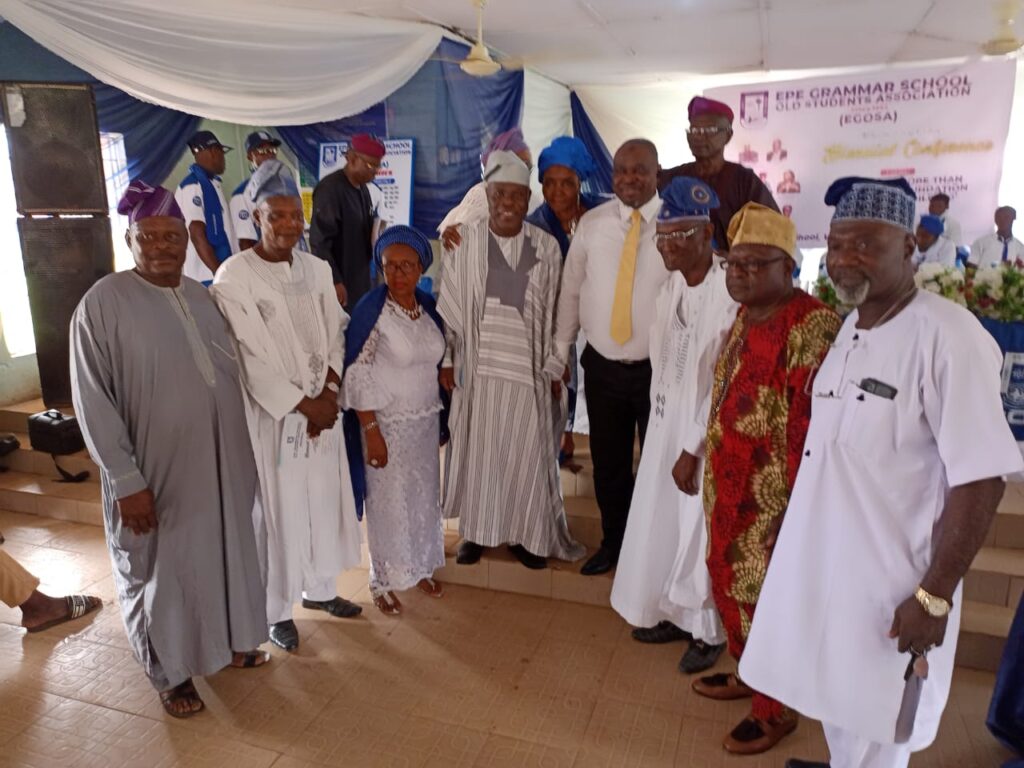 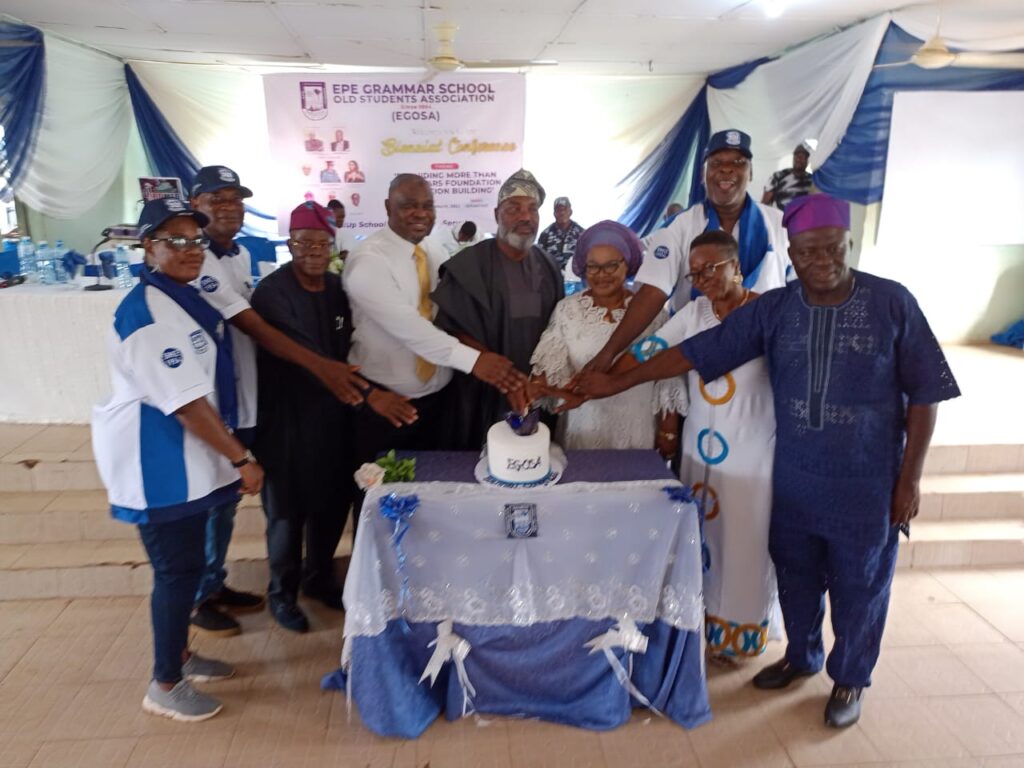 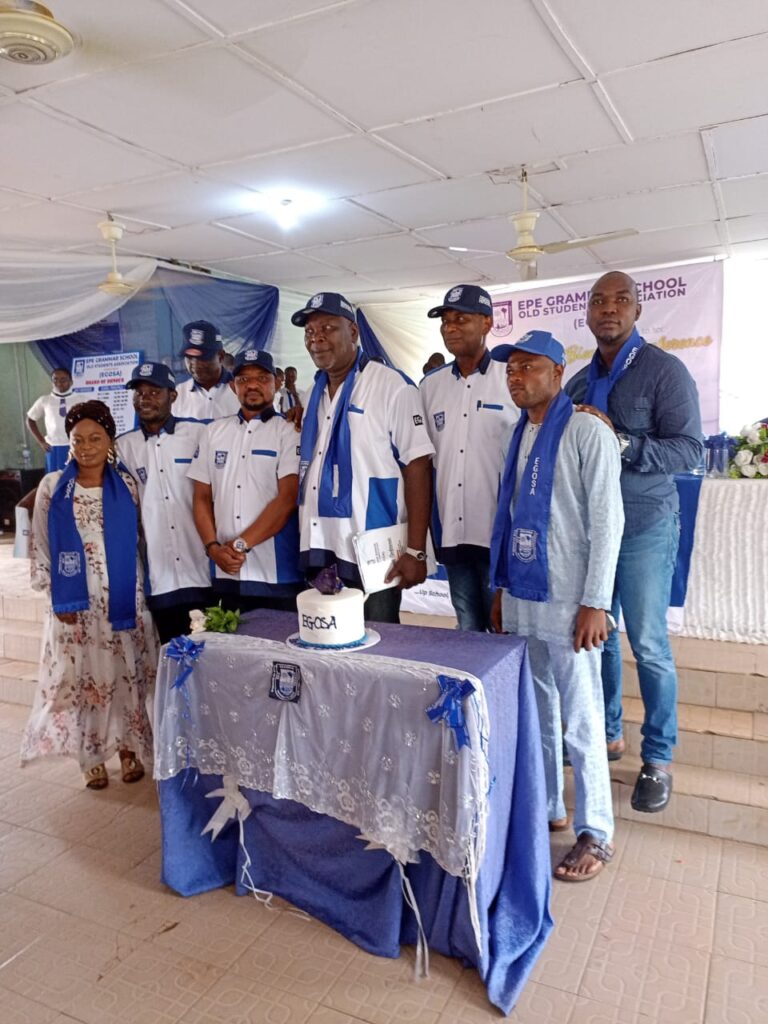