Could Will Smith Lose His Oscar For Slapping Chris Rock? Academy Reacts

by Paul Mbagwu
in Entertainment

EKO HOT BLOG reports that the Academy of Motion Picture Arts and Sciences (AMPAS) has reacted to the infamous incident involving actors Will Smith and comedian Chris Rock during the Oscars ceremony, saying that it does not support “violence of any form”. 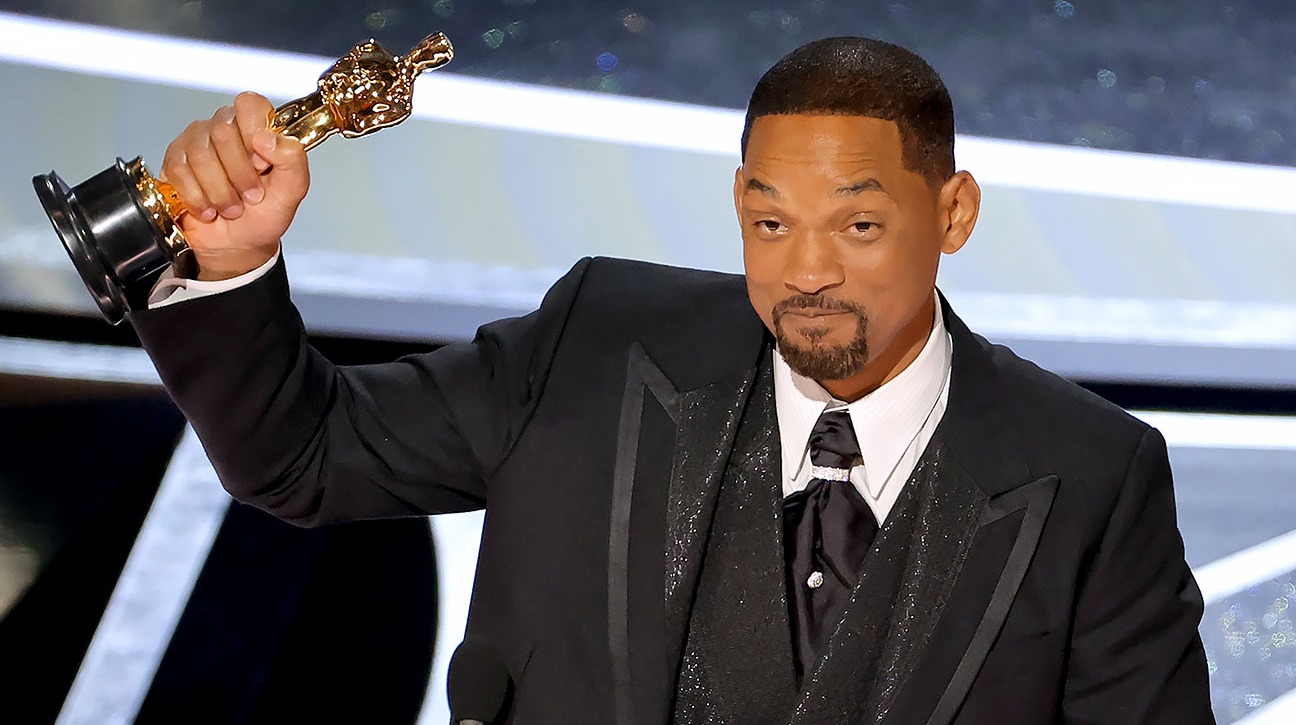 This online media platform recalls that Smith left viewers in shock after he slapped Chris Rock on stage at the 94th Oscars.

The 53-year-old actor who clinched the trophy for best actor for his role in the Biopic film ‘King Richard’ was outraged by a joke from Chris Rock about his wife’s bald head(alopecia).

Rock, who came on stage to announce the winners of the best documentary feature award, before revealing the winner, Rock decided to land a joke on Pinkett-Smith, saying that she could star in the sequel to “G.I. Jane”, to which she was seen rolling her eyes.

Chris Rock joked, “Jada I love you, ‘G.I. Jane 2,’ can’t wait to see it.” Will Smith, not pleased with that, walked to Rock and appeared to smack him on the face that left the atmosphere at the Dolby Theater in dead silence.

Now back at his seat, Will Smith yells “Keep my wife’s name out of your f***ing mouth!” and Rock’s reaction to all that had happened was “That was the greatest night in the history of television.”

After receiving the jab from the actor, Rock said, “Wow. Will Smith just smacked the s**t out of me.”
Once he reached back to his seat, Smith shouted at Rock, saying, “Keep my wife’s name out of your f**king mouth!”.

After the ceremony concluded, the official Twitter handle of AMPAS posted a brief statement, saying, “The Academy does not condone violence of any form. Tonight we are delighted to celebrate our 94th Academy Awards winners, who deserve this moment of recognition from their peers and movie lovers around the world.”

The Academy does not condone violence of any form.

Tonight we are delighted to celebrate our 94th Academy Awards winners, who deserve this moment of recognition from their peers and movie lovers around the world.

After Rock announced the winners of the best documentary feature award, Diddy was the next presenter during the ceremony.

The rapper, who appeared to introduce the 50th-anniversary celebration to The Godfather, addressed the situation by saying, “Will and Chris, we’re going to solve that like a family. Right now we’re moving on with love. Everybody make some noise.”

Meanwhile, the Los Angeles Police Department issued a statement, revealing that Rock had declined to file a police report.

“LAPD investigative entities are aware of an incident between two individuals during the Academy Awards program. The incident involved one individual slapping another.

“The individual involved has declined to file a police report. If the involved party desires a police report at a later date, LAPD will be available to complete an investigative report,” the LAPD statement read.

Smith referenced the incident in his emotional acceptance speech, summing it up as “love will make you do crazy things”.

“Thank you Denzel (Washington), who said to me a few minutes ago… he said, ‘at your highest moment, be careful, that’s when the devil comes for you’,” he said.

Smith also apologised to the Academy for the incident in his speech.

JUST IN: Obiano Reveals Why He Tried To Rush Out Of Nig After Handing Over To Soludo