by Damilare Abass
in EKO NEWS

EKO HOT BLOG reports that the Lagos State Governor, Babajide Sanwo-Olu has conceded to make some concessions over the planned resumption of tolling to the Ikoyi Link Bridge, and Lekki-Epe Expressway areas of the state.

Sanwo-Olu, while agreeing on the concessions, however, sought cooperation and understanding from residents and stakeholders in the meantime.

The governor spoke at a meeting with the stakeholders on the resumption of tolling at Lekki-Ikoyi Bridge and Lekki-Epe Expressway at Lagos House, Marina, on Sunday evening.

Meanwhile, during the session which lasted for several hours, the guests explained their position on the matter and demanded for some concessions.

The governor, having listened to each speaker, agreed to make some concessions after showing evidence of LCC’s financial situation and why tolling should resume at the plaza.

Omotoso, speaking on the development, added that the “LCC management would soon be announcing details of the concessions, following Mr Governor’s directive.”

Recall that the tolling was suspended in the wake of #EndSARS protest when soldiers in an attempt to disperse protesters at the Lekki-Epe Toll Gate, on October 20, 2020, shot live bullets into the crowd of protesters in which an unspecified number of persons were allegedly killed and several others sustained injuries.

However, following months of engagement with key stakeholders within Eti-Osa /Lekki-Epe area, the management of LCC had officially announced the formal return to tolling operations on Friday, April 1, 2022, at the Ikoyi Link Bridge Toll Plaza.

However, LCC affirmed that toll payment will not commence until April 16, 2022.

A statement by LCC Managing Director, Yomi Omomuwasan, read in part: “LCC has been a worthy part of the Eti-Osa/ Lekki-Epe ecosystem and has served the community relentlessly and to the best of its ability over the years.

“We are encouraged by the response and the cooperation received from the vast majority of residents and stakeholders who appreciate the value we bring to bear on their daily movement and continue to register for (or update ) their toll accounts in readiness for the commencement of cashless toll collection. All the points made at the engagements are well taken. 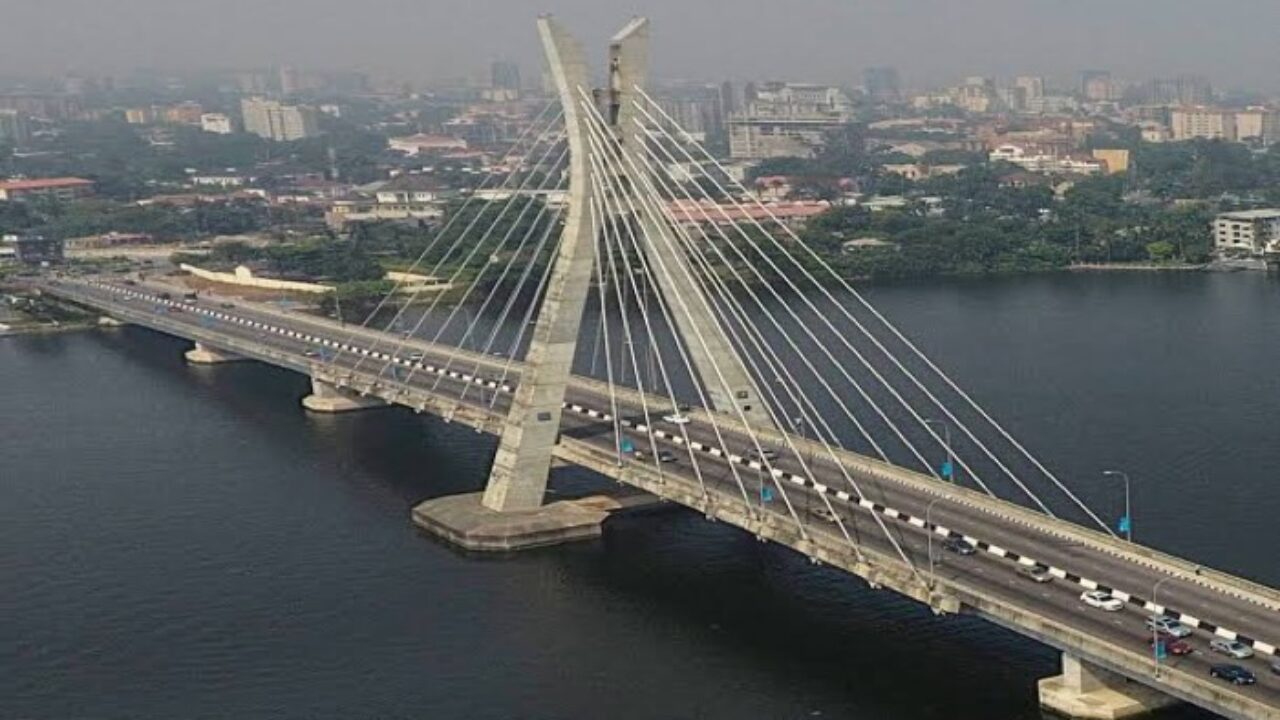 “Whilst LCC is aware of the concerns expressed by some stakeholders regarding the return to tolling, it is common knowledge that the government cannot, on its own, meet all the infrastructural needs of the ever-growing population.

“Given that the funding for the project was secured by the initial private sector sponsors and contracts were signed with various local and international financial institutions, in the spirit of respecting the sanctity of contracts, the Lagos State Government continues to meet these obligations when it bought over the shares of LCC, thereby taking over both the assets and liabilities.

“To ensure a smooth return, LCC has deployed new and more efficient technology at the Ikoyi Bridge Toll Plaza. Therefore, to test run the new system and ensure a seamless interface with road users, the first two weeks will be completely toll-free.

“LCC remains committed to providing a safer and better driving experience on the Ikoyi Link Bridge.”

Also, Earlier, Lekki residents, under the aegis of the Lekki Peninsula Phase 1 Residents Association, had written the Governor of Lagos State, Babajide Sanwo-Olu, to suspend the planned resumption of toll at the Lekki-Ikoyi Link Bridge and the Lekki-Epe Expressway.

In an open letter to the governor last Tuesday, signed by the Chairman of the association, Yomi Idowu, the residents raised socio-economic reasons and other critical issues that were yet to be addressed which made the decision to recommence tolling unjust, oppressive, and illegal.

The letter read in part: “We view with deep concern and trepidation the less than transparent attempt at recommencing tolling activities at the Lekki-Ikoyi Link Bridge, even as matters relating to the #EndSARS protest, which led to the termination of tolling activities in the first place, remain largely unresolved. The issue is compounded by the myriad of issues bedevilling the rationale to toll at this location.

“It is against this backdrop that the Lekki Phase 1 Residents Association (LERA) implores the Lagos State Government (LASG) to apply wisdom and shelve its plans to resume toll collection on the Lekki-Ikoyi Link Bridge.”

LERA further argued that there were issues of pending court matters; ownership questions and lack of transparency; underdevelopment of the Lekki-Epe corridor; and justice for #ENDSARS victims, that were yet to be addressed by the government, making the recommencing of the toll illegal.

On the pending court matter, LERA argued that “the Lekki Concession Company Limited, LCC and Lagos Goverment have continued to use the instrumentality of the law courts to foist hardship on our community.

“We recall that the Federal High Court in Lagos had in the recent past effectively declared the tolling of the Lekki-Ikoyi Link Bridge as illegal and unconstitutional. Lagos State Government characteristically secured an order of stay of execution on the ground that it had appealed the court’s decision but has so far failed to prosecute the subject appeal.

“With this Sword of Damocles hanging over our community, one expected Lagos State Government to pursue the best interest of its citizenry rather than use the machinery of the state against law-abiding citizens.

“Rather than work to seek peace, the State is actively working through LCC to inflict more suffering and hardship on its citizens. It is within this context that we understand that protests are being planned under the banner #NoJusticeNoToll. If the
protests happen, the residents and businesses in Lekki will be the most affected,” LERA said.

“Your Excellency, we feel it is expedient to bring all the above to your attention and to particularly note that the general mood of the people suggests that LCC should refrain from collecting tolls at the Lekki-Ikoyi Link Bridge and the Lekki-Epe Expressway until these fundamental issues are addressed. To do otherwise will be to needlessly stoke the tension which pervades the nation.

“We urge Your Excellency to act to exercise maximum restraints at this point and to immediately suspend this planned resumption of tolling at the Lekki-Ikoyi Link Bridge in the overriding interest of peace and order in our community,” the letter concluded.

Also, ahead of the April 1 planned reopening of tolling, the state government and LCC urged residents and stakeholders around Lekki and Ikoyi, to show understanding.

Omotosho and Oladeinde as well as Commissioner for Home Affairs, Prince Anofi Elegushi, made the appeal, during a stakeholders’ meeting, held at The Lekki Coliseum in Lekki Phase 1, Lagos.

They assured residents of the state government’s will to look into all the requests and recommendations made by the stakeholders and respond appropriately.

Responding to the key stakeholders who expressed their views about the LCC decision to reopen the Toll Plaza, Omotoso commended the speakers and implored them to show some understanding with the state government.

He said: “We are here to seek your understanding as a government about the matter at hand. We are also citizens of Nigeria. We are all Lagosians. I have listened to all of you talking about our rights, privileges and how government should be responsible for everything. I also feel that as citizens, we should have some responsibilities.

“So, let us reflect on all these things. I know how people feel and I understand what has been said but I believe that the matter at hand is about seeking your understanding. It is a matter of showing some compassion for people who have one thing or another to do with this company.”

On the plea to halt the tolling, Omotoso appealed to the residents to consider the number of Lagosians, whose sources of livelihood also depend on the tollgate.

A popular Nigerian comedian and actor, Mr Debi Adedayo, popularly called, “Mr.Macaroni,” has raised the alarm over receipt of death threats for objecting to the resumption of tolling at the Lekki tollgate an shared one of such threats.

However, a number of Nigerians objected to it, with many pointing out that the shooting at the Lekki Toll Gate is still fresh in people’s memories and it would be insensitive to open the tollgate.

Mr Macaroni also objected to the resumption of tolling at the Lekki Tollgate.

He then returned to Twitter to share a death threat he got from a Twitter user, who threatened to kill him if he sees him protesting the reopening of the toll gate.

The user wrote: “I pray I get hold of him tomorrow at the Toll Gate. I will kill him on sight.”

Debo said: “This is one of the many threats I receive regularly.”