by A.A.S Opeyemi
in Metro

Two suspected cattle rustlers have been arrested in Yobe 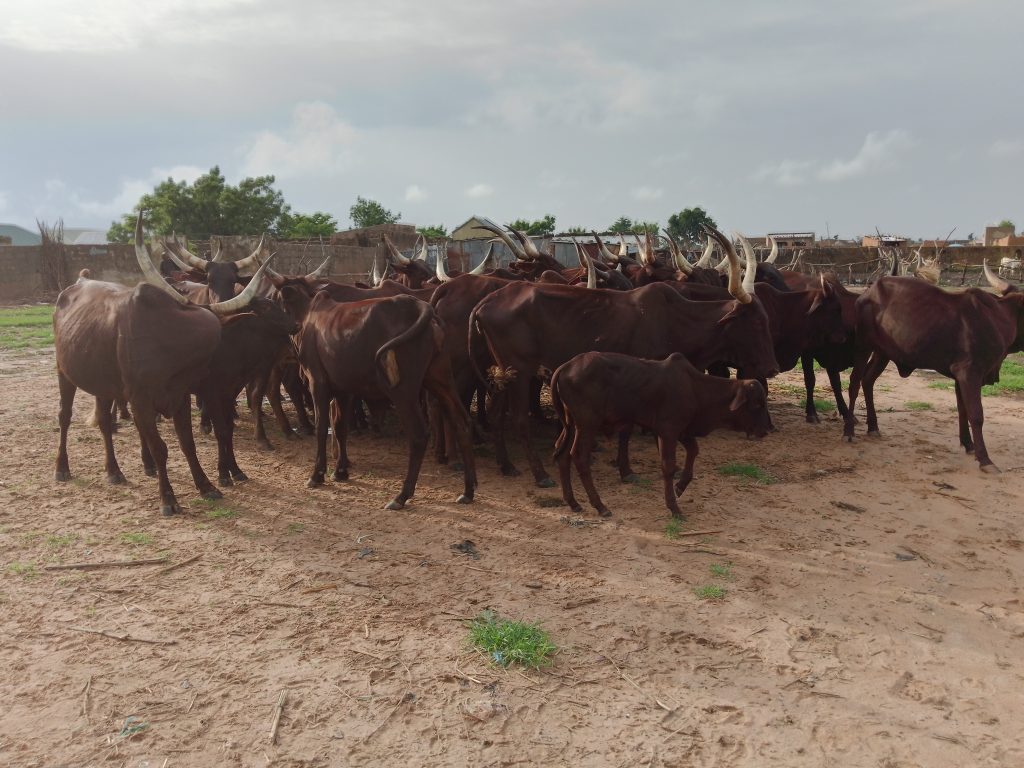 EKO HOT BLOG reports that the Yobe State government has said a total of thirty-three cattle recovered from suspected rustlers have been handed over to the rightful owner.

Musa Damagun, Yobe State Director of Security who disclosed this in a brief handing-over ceremony in Damaturu, also said two suspects were arrested in connection with the crime.

He added that this was after a standing security committee appointed by the government in the state deliberated and followed all due process and identified Mr Francis Kohur from Mubi, Adamawa State as the rightful owner of the recovered herd of cattle.

“The thirty-three (33) herd of cattle which were stolen in Borno State from their rightful owner, were recovered in Yobe State on 3rd August 2022 by a team of our vigilantes being assisted by the security agencies”, Damagun said.

According to the Director of Security, the Yobe State government under Governor Mai Mala Buni is committed and determined to continue to support security agencies operating in the state with the necessary logistics and funding to effectively tackle crimes and criminality.

Reacting to the development shortly after repossessing his herd of cattle, Mr Francis Kohur, 64, a native of Muni local government area of Adamawa State, told newsmen that the cattle from Mubi moved to Borno State in search of greener pastures before they were rustled by criminals.

He then commended the Yobe State government as well as security operatives in the state for their robust collaboration in ensuring that cattle rustlers and other criminal elements are denied freedom of movement in the state.

China: Police Use Cellphone Data To Track Down Protesters

JUT IN: Police Nab Ex-convict In Osun For Burglary, Theft