After the death of his son, popular music star, David Adeleke known as Davido has made his first public appearance.

Popular music star David Adeleke, better known as Davido, has made his first public appearance after the death of his son.

EKO HOT BLOG reports that Davido made his appearance in Osun State for the inauguration ceremony of his uncle, Ademola Adeleke, as the next governor.

Adeleke will be sworn in today, Sunday, November 27, 2022, to begin a four-year term as the sixth executive governor of the State under the People’s Democratic Party (PDP)

He won the Osun gubernatorial election of July 16, 2022, against the main contender and outgoing governor of the State, Adegboyega Oyetola of the All Progressives Congress (APC).

Meanwhile, the appearance of Davido in public has raised several positive comments, with social media users wishing him strength. 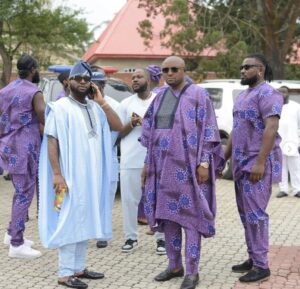 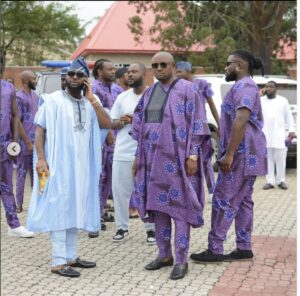