The governor’s decision was said to be in consideration of the present economic situation and its impact on many parents.

by Philip Ibitoye
in EKO NEWS

Lagos government has reduced the tuition fees for the pioneer students of LASUED and LASUSTECH by 65%. 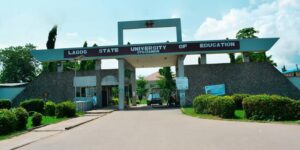 In a statement on Thursday, the Special Adviser to the Governor on Education, Tokunbo Wahab, said the management of the two new Universities, LASUED and LASUSTECH, had proposed a tuition fee of N195, 000 for their pioneer students billed to resume for the new Academic Session before Sanwo-Olu reduced it to N68,000.

According to Wahab, the governor’s decision was in consideration of the present economic situation and its impact on many parents.

The aide added that the Sanwo-Olu administration would not only continue to give necessary support to the two universities but would also work towards making them two of the best in the country.